Is spending New years eve in Ibiza on you bucket list? As you may already know, Ibiza is a popular destination during the summer because of its legendary parties, epic club scene, lovely beaches, and beautiful sceneries. It is Europe’s night life capital where the best DJs in the world, celebrities, and other famous people can be spotted. During the winter, a lot of establishments such as hotels, restaurants, and bars are closed for operation. Winter in this island is pretty low-key. This doesn’t mean that the festive Christmas season is not a great time to visit Ibiza.

Ibiza Christmas, Ibiza New Years Eve, and Ibiza New Years Day are one of the best occasions to celebrate in the island with its glamour and local good cheer. Unlike most countries where the Christmas season is celebrated by spending tonnes of money shopping for decorations and Christmas gifts and spending lavishly on food, people in Ibiza spend the holidays with their loved ones buying them modest gifts and celebrating Christmas and New Year eating leisurely meals either at home or at a restaurant. Raves in Ibiza and concerts in Ibiza are not to be missed during this festive season.

Christmas season in Ibiza officially starts on the 2nd of December where a Christmas illumination is held in Ibiza town and ends on the 6th of January where the annual Three King’s procession takes place. Aside from the Christmas illumination on the 2nd of December in Ibiza town, there are also other winter lighting events that take place in various parts of Ibiza such as San Antonio, Plaza España, and Santa Eulalia all throughout December.

Instead of crowded malls, there are Christmas markets all over Ibiza in December. This is a common tradition in Europe. They usually open a couple of days before Christmas and are decorated in Christmas colours. One can find food, decorations, accessories, clothing, antiques, and a lot of other interesting things being sold in the stalls.

There are also activities in the Christmas markets that are dedicated for kids while the adults enjoy shopping. The Christmas markets showcase artists, exhibitors, painters, DJs, street artists, and other performers where passersby can enjoy the show while feasting on some food and cocktails. Checkout the Ibiza calendar on the internet to be informed of the various Ibiza events during the Christmas season.

Also expect to see fireworks, the streets decorated with Christmas lights, cosy restaurants with stone cave walls and open fires, live music being played at the square, and coloured lights reflecting off the water. 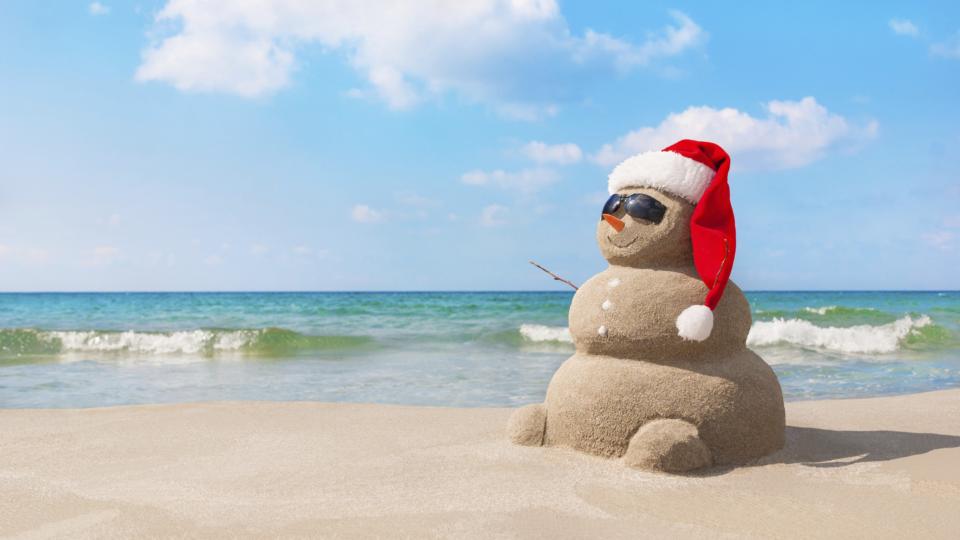 Ibiza still throws the best parties in December especially during the New Years Eve until the New Year despite some of the clubs and bars closed during this season. There are still concerts, raves, street parties, and live performances in the Christmas markets in December.

San Antonio, Santa Eulalia, and the city of Ibiza usually have an action-packed calendar of events in December. There are a lot of carol concerts all over the island and also in the small towns.

Just like Christmas, New Year in Ibiza is also traditionally a family affair where families gather together and dine at restaurants or celebrate at private parties with a private chef if you wish, and then head to the bars or clubs after midnight. There are only quite a few people who choose to celebrate New Year’s Eve on the streets compared to the UK or the US.

Here are some of the go to restaurants and clubs during the New Years Eve and New Years Day:

Have brunch on the terrace of Cotton Club and enjoy a sumptuous platter of seafood, charcuterie, meats, and desserts, paired with champagne and other cocktail drinks while marvelling on the gorgeous view of the sea and listening to chill sounds played by DJs. You can also opt to celebrate the New Year’s Eve here as this club is famous for its NYE black tie dinner and party. 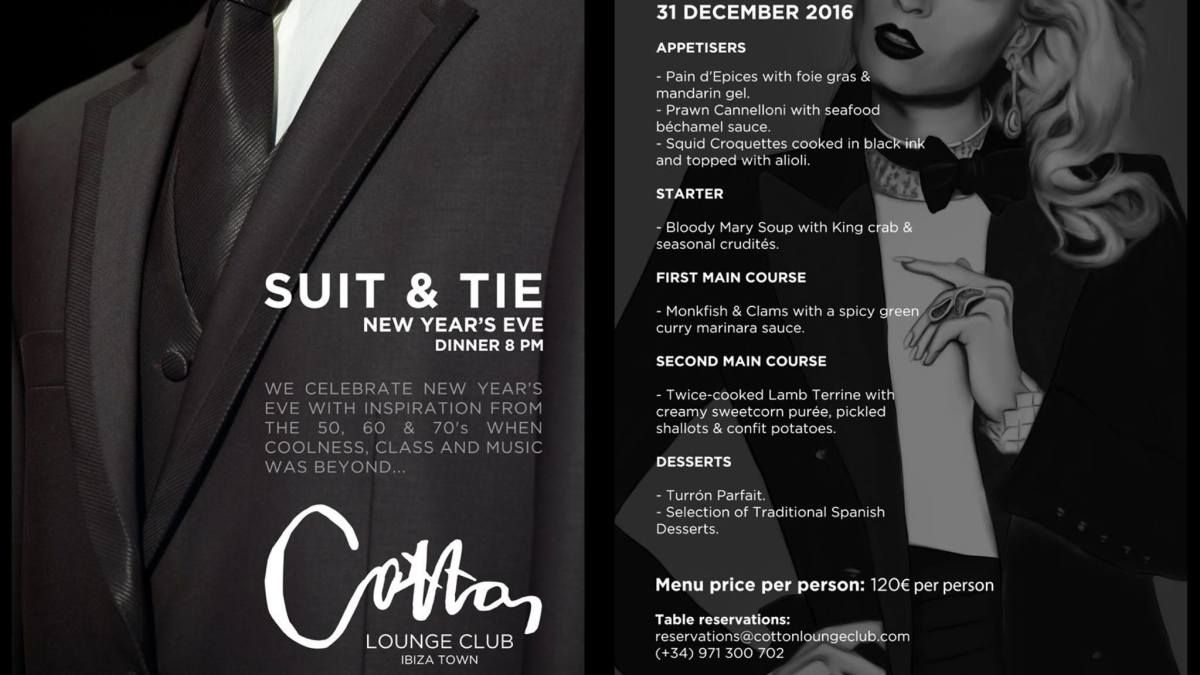 As one of the top restaurants in Ibiza, Lamuella offers a 4-course gourmet set menu on New Year’s Eve as people opt to have dinner parties here while listening to classic, soul, disco, or funk music played by DJs. 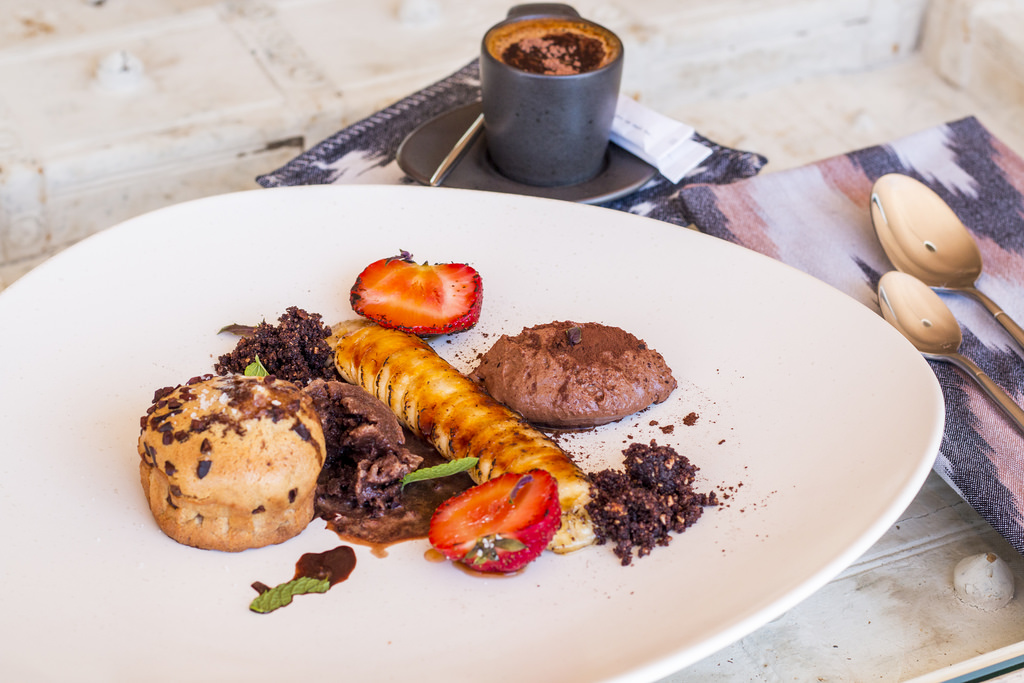 Heart Club throws one of the biggest New Year’s Eve parties in Ibiza. It usually throws a theme where people get dressed up based on the theme. 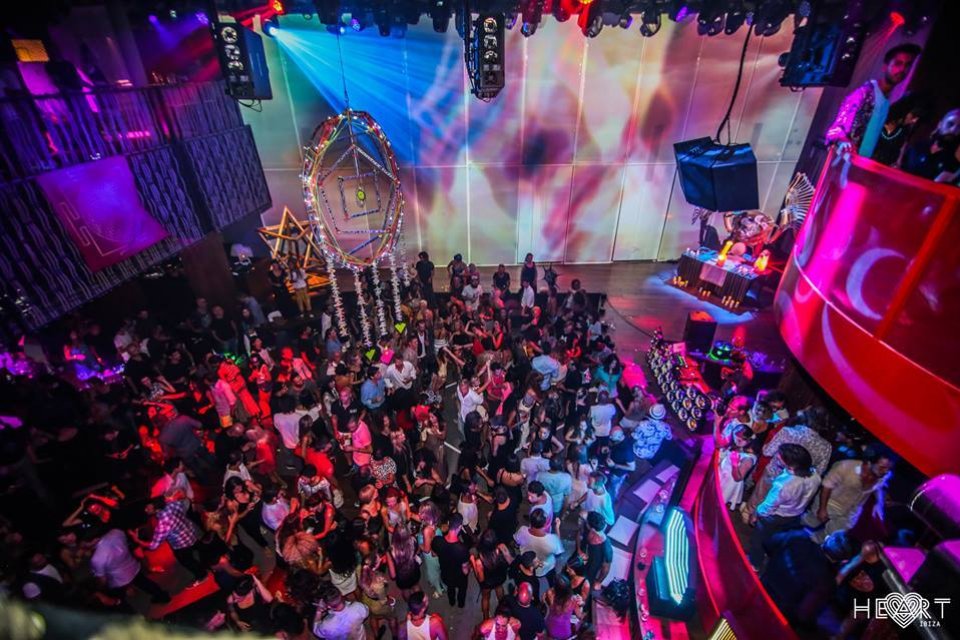 This club serves modern European cuisine incorporated with Ibiza’s ingredients. They offer steaks, seafoods, and cocktails. Famous DJs play at the bar and club on the second floor. Rio Ibiza also has a great panoramic view of the San Antonio harbour. 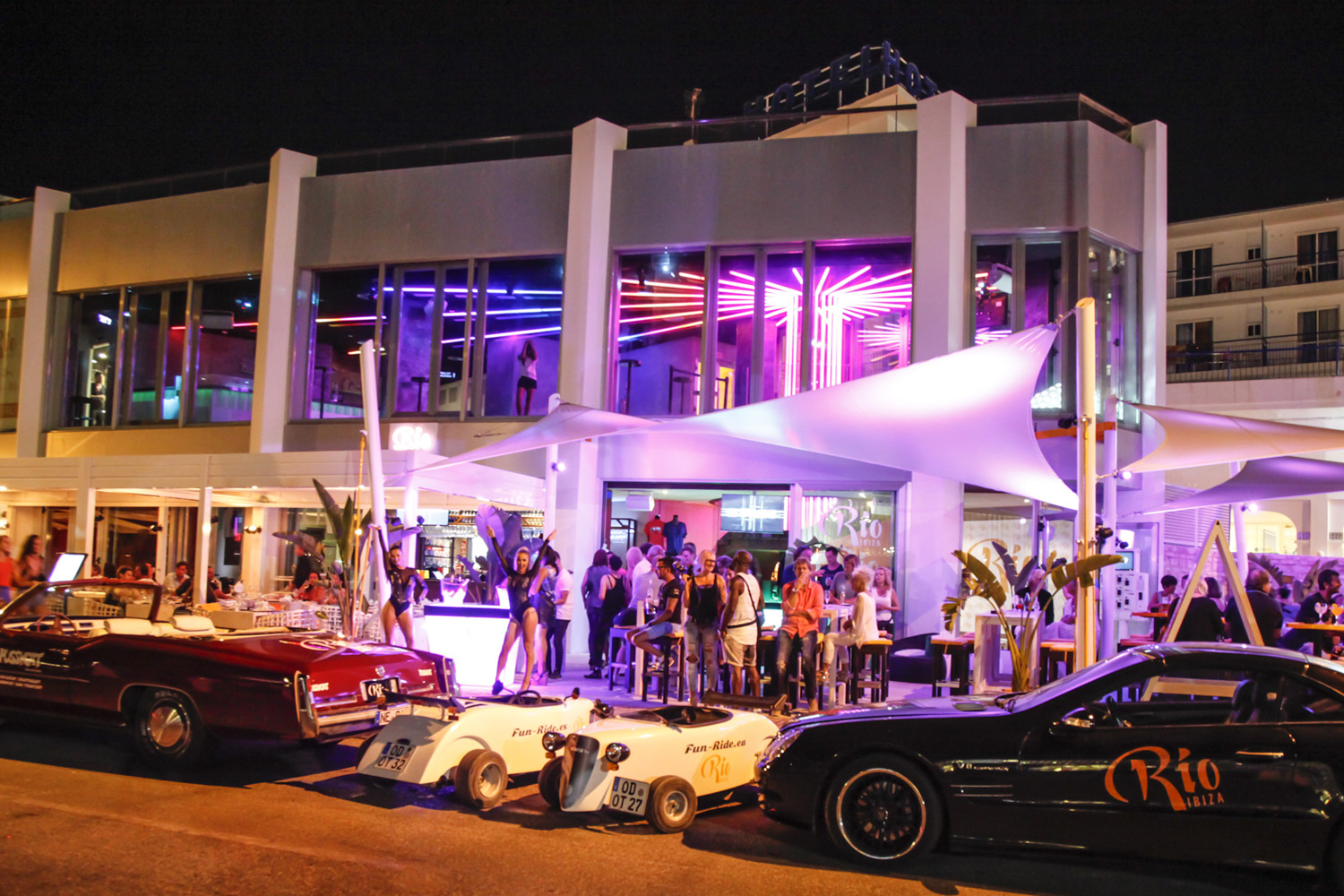 Circoloco is one of the iconic dance floors in the world. It is usually jam packed during the summer and it is also the same during the New Year’s Day party. Tickets get sold out immediately. It usually has a good line-up of DJs and artists performing for the New Year that makes clubbers spend the New Years in Ibiza. 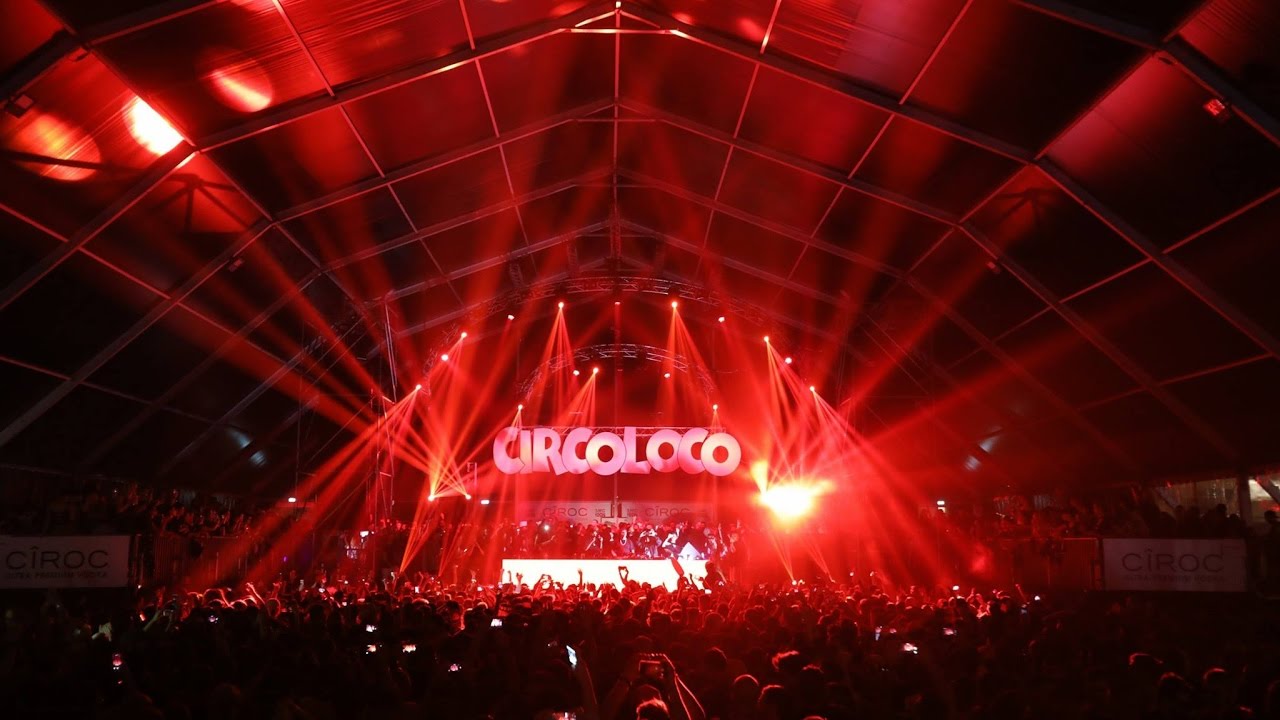 Get your Pacha Ibiza tickets as soon as possible if you are planning to attend the dinner show and the Ibiza New Year’s party. The festivities start at 9pm where guests are presented with mouthwatering dishes and an acrobatic experience. The 12 grapes tradition is done at midnight and everyone raises their glass of champagne.

The 12 grapes tradition, also known as Las Uvas, is done in all of Spain. Each person is handed out 12 grapes that are to be swallowed as soon as the clock strikes 12. Each grape should be swallowed at a rate of one second. Those who succeed in eating all the 12 grapes in 12 seconds after midnight are guaranteed to have good luck for the rest of the year. After this traditional event, Pacha is transformed into a club starting at 1am.

Free things to do in Ibiza

Ibiza Airport – All Your Questions Answered 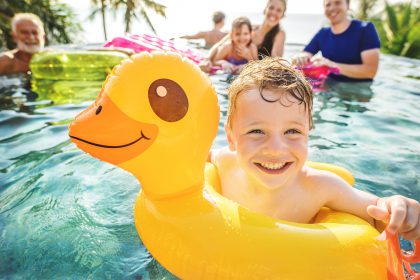 Why Villa’s Are Better Than Hotels 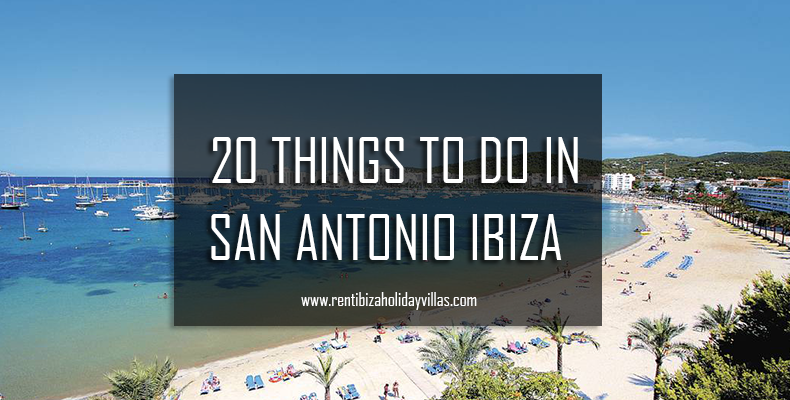 Top 20 Things to Do in San Antonio Ibiza 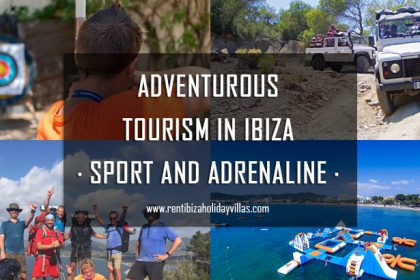